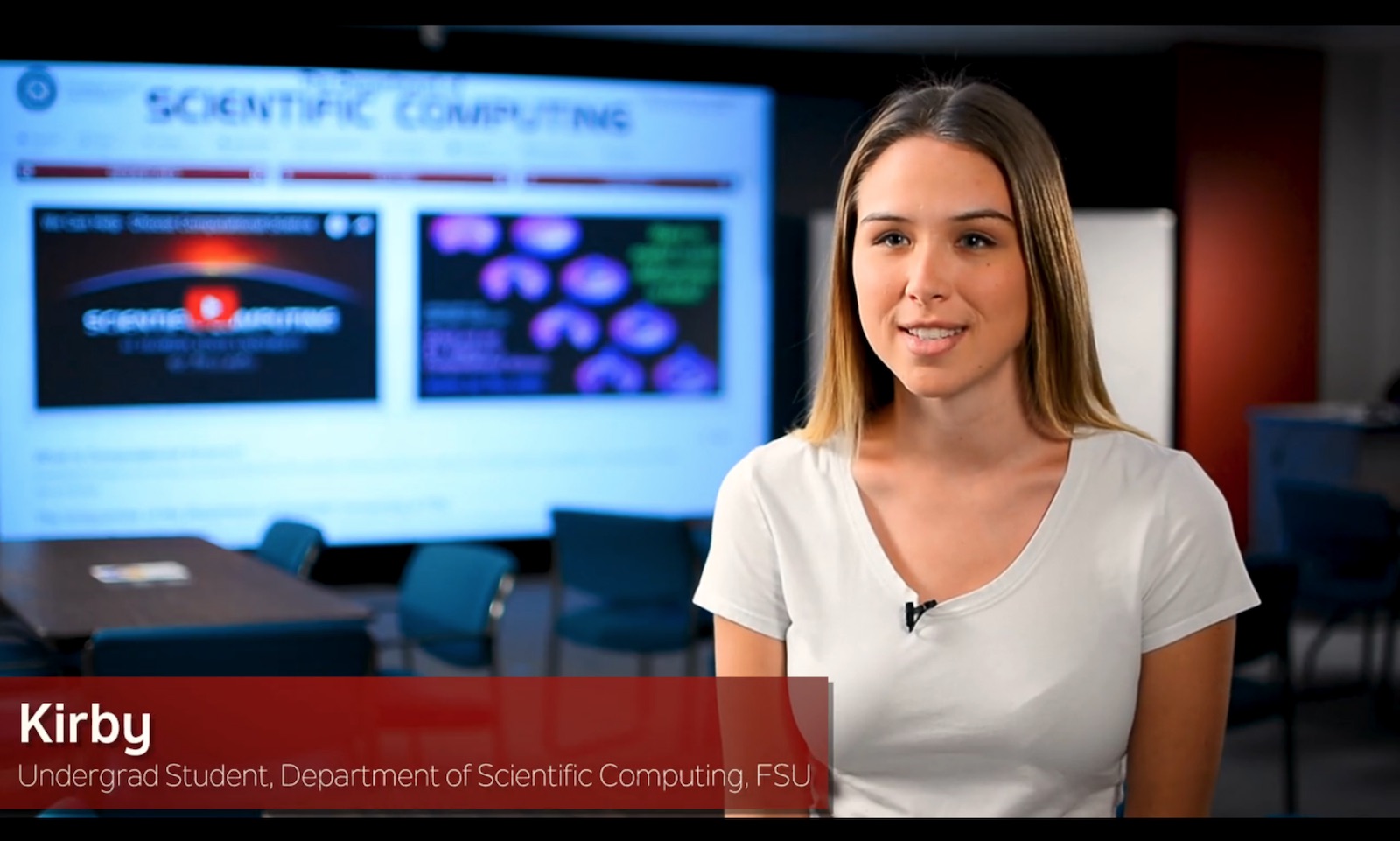 Kirby Birch, a December 2017 Computational Science graduate, is set to begin a new job with St. Jude Children’s Research Hospital in Memphis, TN. Birch plans to move to Tennessee this month, and will begin her new position as Bioinformatic Cloud Portal Administrator at St. Jude on January 2, 2018.

Birch began thinking about the job search earlier this year, and knowing this would be her final semester as an undergraduate, she decided early Fall would be the best time to begin. She applied for many positions, including some jobs that stretched the mental model she had for a professional life after graduation.

“I started by applying to job boards. This particular St. Jude job description didn't sound exactly like what I was looking for, but once they contacted me and told me a little more about the position, it seemed to fit very well with my skills and the desires I have for my career.”

Soon after Birch applied, St. Jude staff contacted her to request a sample portfolio of her past programming projects. They wanted to review the range of her programming ability and problem-solving skills. After she submitted a variety of her work, the second and third round interviews followed.

“They offered to fly me up to do an on-site interview. I had interviews with twelve different people. Each of them asked a different question pertaining to their department and their research to make sure I would be a good fit for the position.”

Birch says her experience in the department “was invaluable” to her acquisition of the position.

"Having classes with professors from a variety of backgrounds helped me understand the more common way of explaining algorithms and extracting information from people. The option of taking the career specific classes offered within the department was priceless in helping me get ahead in my career.”

Currently, St. Jude is undergoing a paradigm shift in their approach to research; they are making their data available to a wider population of researchers, scholars, and scientists, potentially opening the possibility for investigation to all who have ability, motive and curiosity.

“St. Jude is doing their best to further terminal illness research by sharing their tools and data with interested, approved scientists around the world. The cloud environment will allow scientists to share large datasets and analysis tools with others in their research field.”

While Birch is enthusiastic about applying the programming and computational skills she learned at the Department of Scientific Computing, she is also excited about the wider prospects of assisting the St. Jude mission.

“I think helping children was a huge influence on me in accepting this position. I care deeply about children and have always wanted to work with them. Although I will not directly see the children, I know my work is moving the progression of medicine forward.” Kirby Birch