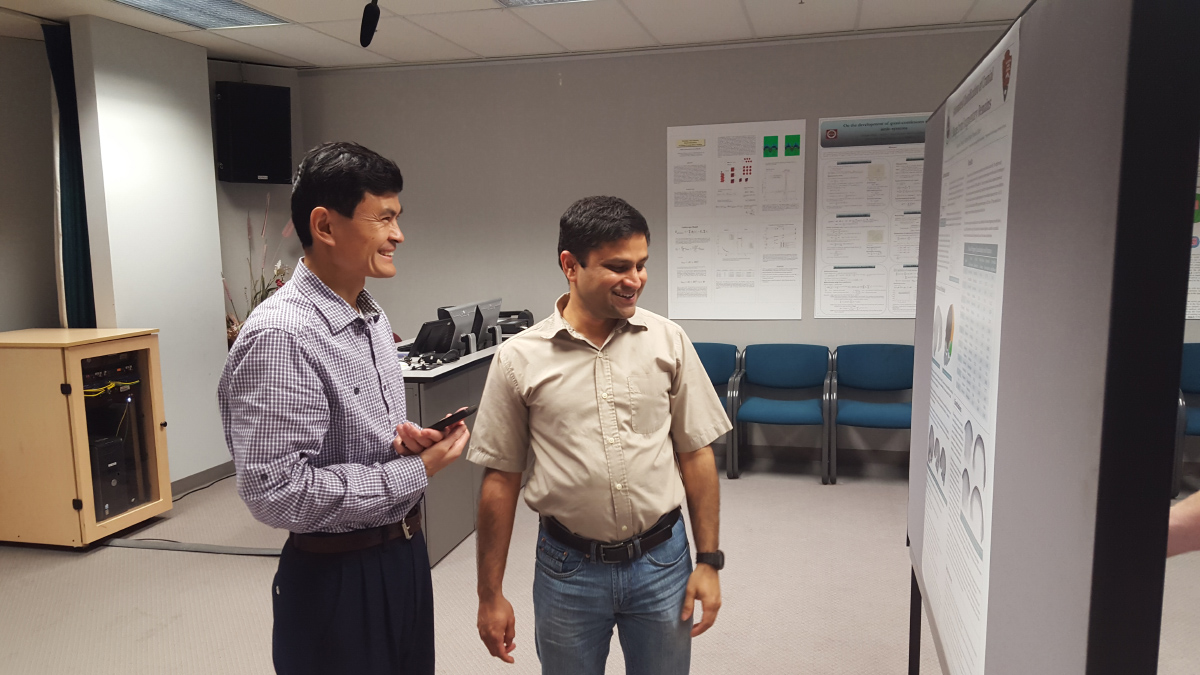 Sachin Shanbhag, Scientific Computing’s resident polymer rheologist has been promoted to full professor. Shanbhag is interested in the structure and dynamics of complex fluids, and in the integration of inorganic materials (e.g., nanoparticles) into composites. His work has included uncertainty quantification of polymer dynamics, the inverse problem of inferring material structure from partial characterization, and nonlocal models for corrosion. He has coauthored software to analyze dynamic viscoelastic measurements in polymers, and to obtain reliable measures of uncertainty in self-diffusion coefficients.

Shanbhag earned his bachelor’s degree in Chemical Engineering from the Indian Institute of Technology, Bombay, and his doctorate from the University of Michigan, Ann Arbor. He started working in Scientific Computing in 2006, and was promoted to associate professor in August 2012. In 2010, he won the National Science Foundation Early Career Award.