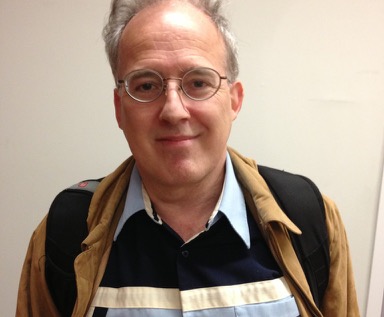 In early 2018, Erlebacher approached Sam Huckaba, Dean of the College of Arts and Sciences, with an idea: he wanted to explore the creation of a new undergraduate degree program that would explicitly address the science of data. “At that time, the other departments – statistics, computer science, and math – were already hiring in data science and were ahead of us in that regard,” recounted Erlebacher. “The Medical School and the College of Communication had been discussing data science for at least the past three years. Data science had grown so much over the last decade that there are data science programs and Institutes throughout the country; FSU could not be left behind.”

Shortly thereafter, at the Dean’s direction, Erlebacher and the department chairs of computer science, mathematics, and statistics began to work towards creating a new master's degree program. The four operated as a team throughout the process, with Erlebacher serving as a catalyst, assuming the bulk of the writing and leadership duties.

From that initial meeting with the Dean, the process took months; many people participated and contributed to the project’s ultimate success. Jennifer Buchanan, Associate VP for Faculty Development and Advancement, reviewed requirements, and the process of proposing a new degree program; Frank Johnson, Chair of Psychology, provided advice and counsel. The Dean and Associate Dean of the College of Communication, Larry Dennis and Paul Marty, also offered input that helped strengthen the proposal. Tim Logan provided advice on courses, reviewing existing classes, and designing discrete curricula for the data science major. Erlebacher compared program notes with Pierre Ngnepieba, Chair of Florida A&M University’s Mathematics Department, and explored possible future collaborations with Richard Alo, Dean of Science and Technology at FAMU.

By mid-February 2020, the Board of Trustees had reviewed and approved the proposed program, and Erlebacher was moving forward with work toward implementation. He got back to work on the program in August, after a break necessitated by the pandemic.

“After the BOT approved the program in February, we immediately started work on the Proposal to Implement. However, in early March, COVID-19 reached Florida, priorities changed, courses went remote, and work on this proposal stopped as everyone involved in this effort worked to address the many challenges associated with responding to that crisis. Work on the Proposal to Implement resumed in earnest in early August 2020, with a renewal meeting (held remotely!) involving Dean Huckaba and the development group.”

Recently, Huckaba selected Erlebacher to lead the program as interim director, and Erlebacher has outlined what he would like to accomplish in the coming months. Among his priorities, he would like to establish a pattern of student growth over the next two years and strengthen the collaboration between the four departments that initiated the program.

“Currently, I am appointed Interim Director of the degree program, but that could change as early as Summer 2021,” Erlebacher said. “For the time being, I would like this program to establish a strong core curriculum, including Data Ethics, and deliver several courses currently in the development phase. I would like to establish internships with companies throughout Florida and a few countries in Latin America - Peru and Panama - where I have developed contacts over the past few years. Panama, in particular, awaits an influx of knowledge related to data science.”