Thanks to the development of a specialized gene sampling technique by center co-directors and husband-and-wife Alan and Emily Lemmon, FSU researchers have finally begun to chip away at this conundrum — and in doing so, they just might have helped to change the way that we study evolutionary biology forever.

For decades, the process of generating phylogenies (sprawling evolutionary trees) had been tiresome, time consuming and often prohibitively expensive, with hundreds of thousands of dollars being poured into relatively narrow individual studies. 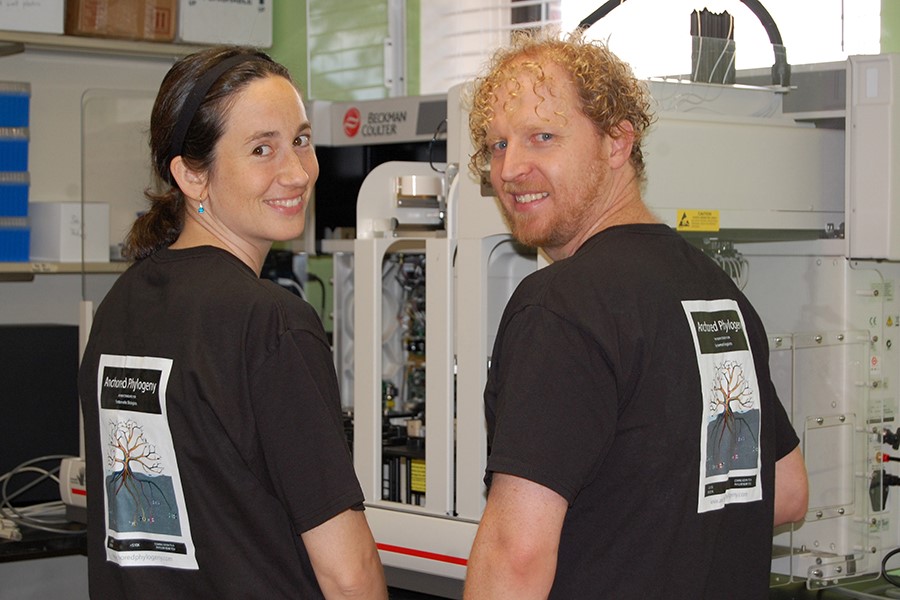 “When we were starting as faculty in 2009, people would collect data for these trees by sequencing one single gene at a time,” said Alan Lemmon, associate professor of scientific computing. “They would sequence a gene, then move on to another species and sequence that gene and repeat that slow process for the dozens and dozens of species that they were investigating.”

The Lemmons were convinced that there must be a better way.

“We grew up as researchers under these circumstances where we were data starved,” said Emily Lemmon, associate professor of biological science. “To be able to answer the questions that we were asking, we needed lots of data. I had worked in labs where we tried to collect data the hard and slow way, and I knew it wasn’t enough. When we started at FSU, we reasoned that we could either keep doing what everybody else was doing, and it would be guaranteed to work in the same familiar ways, or we could take a risk and try to change the field.”

That risk paid off in spades.

After testing five methods they believed might have the potential to shake phylogenetics from its data-poor rut, the Lemmons identified a completely novel method that could generate staggering amounts of data with unprecedented speed and accuracy.