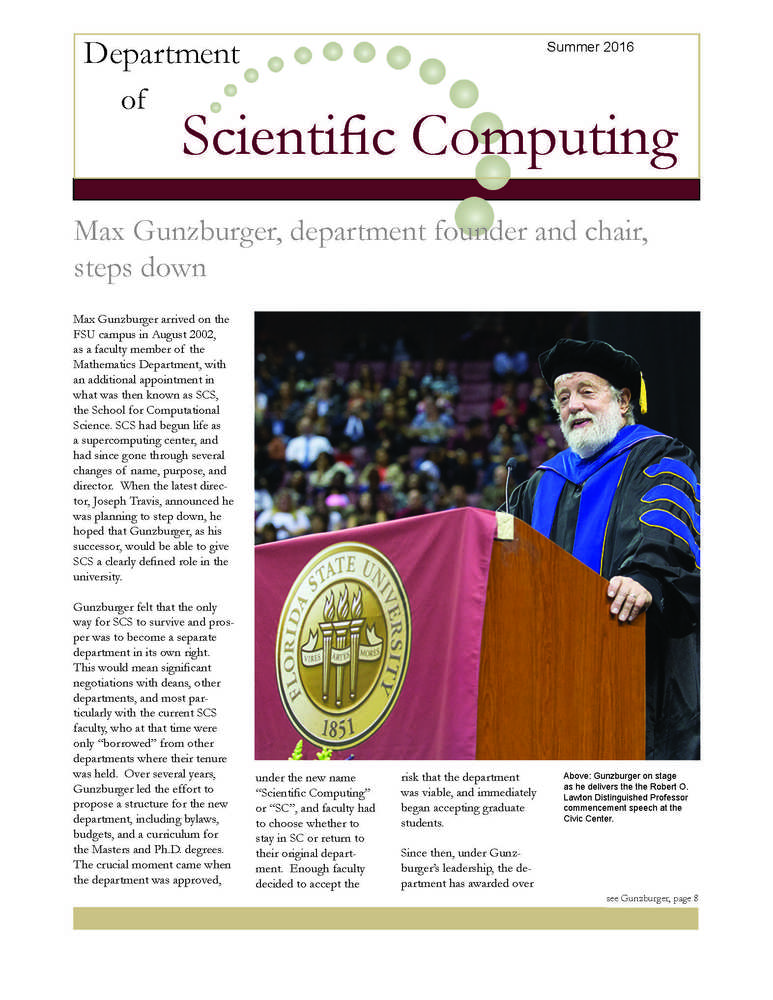 Max Gunzburger arrived on the FSU campus in August 2002, as a faculty member of the Mathematics Department, with an additional appointment in what was then known as SCS, the School for Computational Science. SCS had begun life as a supercomputing center, and had since gone through several changes of name, purpose, and director. When the latest director, Joseph Travis, announced he was planning to step down, he hoped that Gunzburger, as his successor, would be able to give SCS a clearly defined role in the university