A Florida State University computational biology researcher has been named a fellow of the American Association for the Advancement of Science, a lifetime distinction that honors contributions to science and technology.

The AAAS named Peter Beerli, a professor of scientific computing, as one of 443 new fellows of the association. The new fellows represent scientists from neuroscience to psychology to social, economic and political sciences. The honor recognizes pioneering research, leadership within a given field, teaching, mentoring, fostering collaborations and advancing public knowledge of science.

“This is a welcome recognition that highlights a career filled with excellence,” said Sam Huckaba, dean of the FSU College of Arts and Sciences. “On behalf of the College, I am pleased to congratulate Peter.” 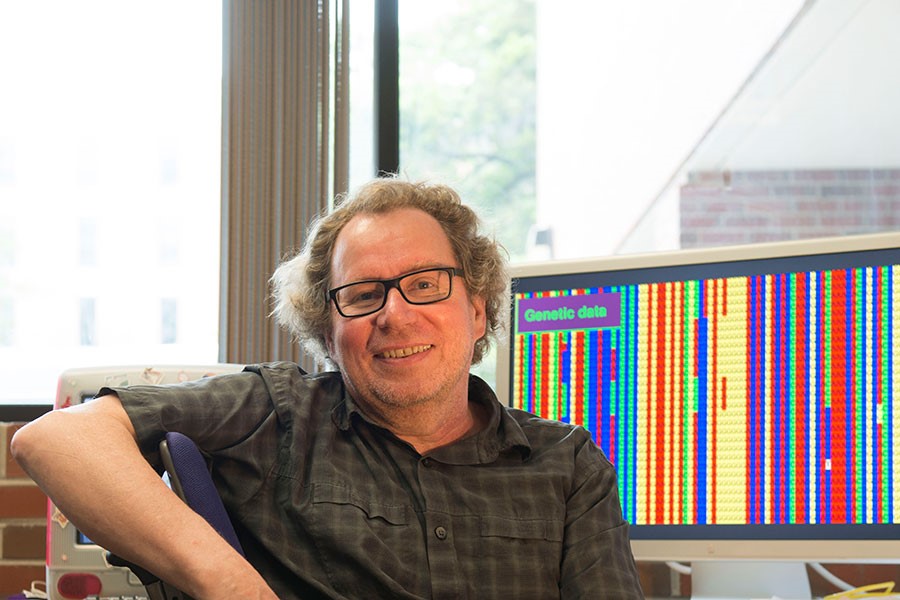 Beerli’s daily work involves developing new methods and writing new programs for genetic analysis and making improvements to his existing programs. His software has been used by many conservation and evolutionary biologists across the world to conduct sophisticated population genetic analysis.

As a graduate student in Zurich, he studied evolutionary genetics of frogs. However, he had many questions that he couldn’t quite answer through the analysis techniques used at the time.

“I was so unhappy that I couldn’t analyze the data the way I wanted,” Beerli said. “So, then I went on to write the programs the way I thought one should.”

This led him to an interdisciplinary path combining biological, computational and mathematical sciences.

Election as an AAAS Fellow is an honor bestowed upon AAAS members by their peers. New fellows will be presented with an official certificate and gold and blue rosette pin at the AAAS Fellows Forum during the 2020 AAAS annual meeting this February in Seattle.

Beerli said it was an honor for his work to be recognized by the AAAS.

“I think it’s very nice that they would think of me for this,” he said.

The tradition of AAAS Fellows began in 1874. Currently, members can be considered for the rank of fellow if nominated by the steering groups of the association’s 24 sections, by any three fellows who are current AAAS members or by the AAAS chief executive officer. Fellows must have been continuous members of AAAS for four years by the end of the calendar year in which they are elected. This lifetime honor comes with an expectation that recipients maintain the highest standards of professional ethics and scientific integrity.

This story was reposted from news.fsu.edu.

To see the Council's announcement and a full list of 2019 Fellows, go to AAAS.org.

To listen to an audio interview with Beerli on his research and award, click on news.fsu.edu.

For more on the department, go to sc.fsu.edu.