FSU computational mathematician recognized among the world’s most influential researchers

An applied and computational mathematician in the Department of Scientific Computing at Florida State University has been named one of the world’s most influential researchers by a prominent global citation database. 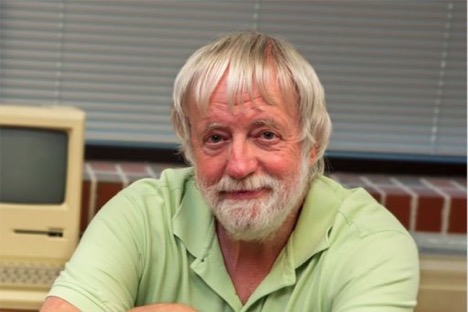 Web of Science, a platform that includes nearly 1.9 billion cited references from more than 171 million records, noted Max Gunzburger, Robert O. Lawton Distinguished Professor and Krafft Professor of Scientific Computing, was among a select few researchers most frequently cited by their peers over the past decade.

In 2020, fewer than 0.1% of the world’s researchers, covering 21 research fields, earned this distinction. Web of Science also notes that Gunzburger, who harnesses mathematics and computing to design algorithms with cross-disciplinary applications, has numerous highly cited papers that rank in the top one percent by citations for year and field.

“Being cited implies that people see your work as important, so this recognition is very telling,” said Gordon Erlebacher, chair of the Department of Scientific Computing. “It shows Max’s work cannot be ignored.”

Erlebacher and Gunzburger both said the recognition speaks to the overall increased significance of scientific computing. Over the past 50 years, computational research has dramatically risen in importance and is now on equal footing with theoretical and experimental research. That evolution has produced the new field of computational science, which sits at the intersection of computer science, mathematics, statistics, engineering and the natural and social sciences.

“Computational science tries to advance science and engineering of all kinds by using computers to make predictions about the future (such as for climate change), to help design better devices and materials (such as superconductors), and to better control or optimize natural and man-made systems (such as more efficient wings),” Gunzburger said. “What I do is invent, analyze and test new algorithms that can generally be used by others and by me to help solve problems in many different applications.”

Gunzburger has a broad and deep research program in applied mathematics, the cross-disciplinary breadth of which has led to wide applicability and usage of his results, said Sam Huckaba, dean of FSU’s College of Arts and Sciences and a professor of mathematics.

“Max is a prolific researcher and has been for his entire career,” Huckaba said. “And his research is contemporary and cutting-edge, which generates a lot of interest.”

On more than one occasion, he wrote the first paper or one of the first papers tackling a subject from a computational science perspective. Gunzburger, for example, was a pioneer in the mathematics and computation of flow control problems, Erlebacher said.

Gunzburger is a Society for Industrial and Applied Mathematics Charter Fellow and winner of the prestigious W.T. and Idalia Reid Prize in Mathematics, among others. His research has been funded by the National Science Foundation, departments of Energy and Commerce, U.S. Air Force Office of Scientific Research, U.S. Army Research Office, U.S. Office of Naval Research, NASA, and NATO, among others. He was the founding chair of FSU’s Department of Scientific Computing, established in 2008. He previously served as director of the former School of Computational Science, in addition to being a mathematics faculty member.

This story was reposted from FSU News. The original post was written by Tom Morgan.
To see a related story, go to this link at the Tallahassee Democrat.