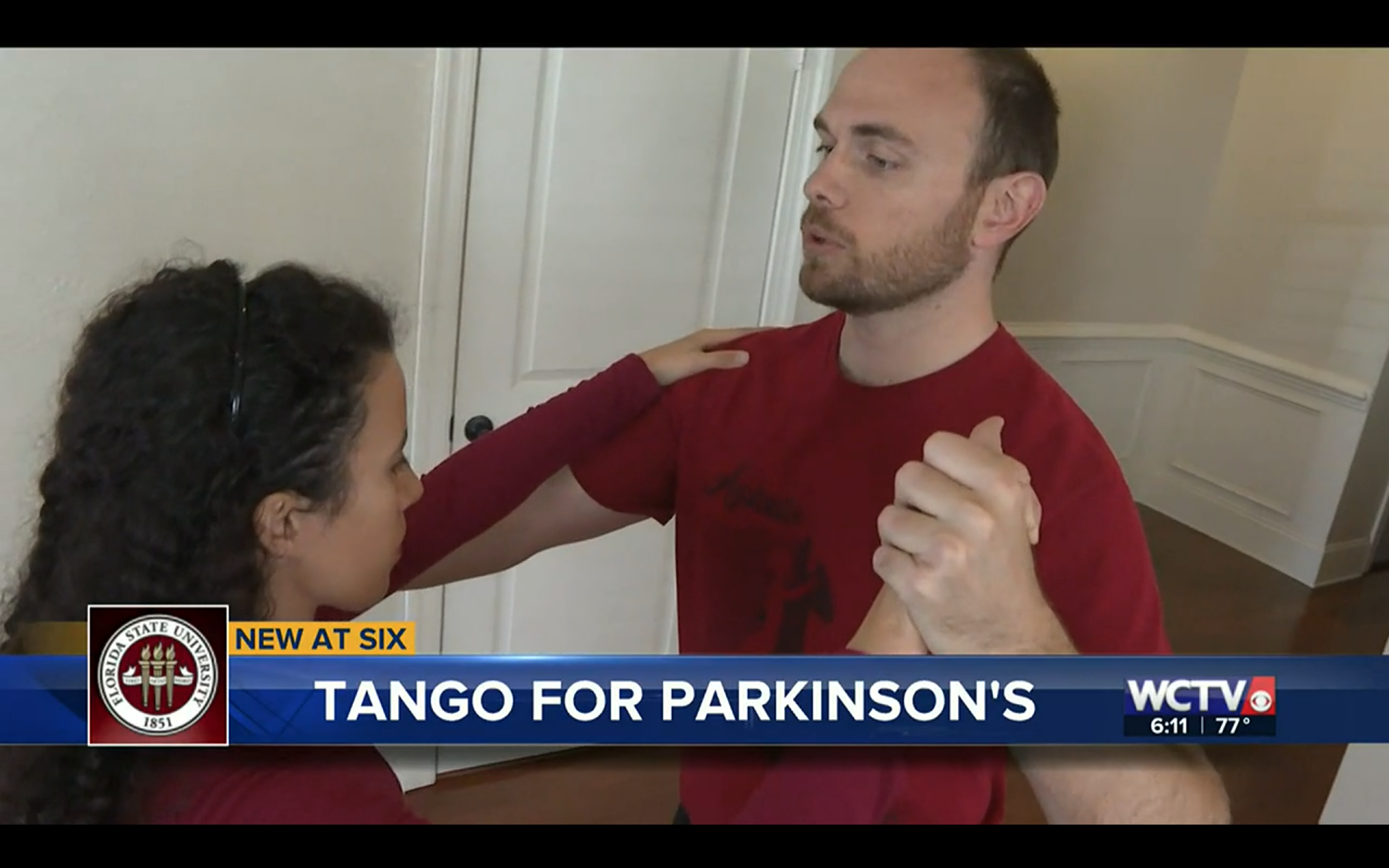 It takes two to dance the Argentine Tango, and as researchers at Florida State University are learning that’s all it takes to change a life.

University researchers are proving the tango may have benefits well beyond the dance floor. They’re finding it can help those living with balance disorders, like Parkinson’s Disease, reducing their risk of falling and improving their quality of life.

As they tap and turn, tango dancers move through a series of deliberate, rhythmic movements. Each spin is blend of symmetry and the power of healing.

“You’re in the arms of your partner, you’re supporting one another,” said Florida State’s Dr. Nathan Crock. “It’s a nice analogy for what it’s like to have someone supporting you as you take that first step.”

Crock is one member of the research team putting the tango turns to the test. The group is studying the theory that the Argentine Tango can help people with Parkinson’s Disease.

Parkinson’s is a movement disorder that hinders and individual’s balance, and often times, their ability to walk.

There is no cure.

College of Medicine Professor Dr. Gerry Maitland says the university has completed more than 50 research studies on Parkinson’s over the last 15 years, but a study like this has never been done.

While the concept has been explored, he says all previous studies have been subjective.

“It was all physical therapy, there was no quantitative assessment of the studies,” Maitland said. Although it was intriguing, there was no real science behind it.”

For twelve weeks a group of about two dozen participants took lessons learning to tango.

During the study each person was asked to walk on a sensored mat, called a GAITRite.

Equipped with around 18,000 sensors, it can measure what’s called a ‘fall risk.’

“It measures their balance, distribution of their weight as they walk, where it’s at on their feet. It gives a score, a fall risk score,” Crock said.

The participants’ fall risk was measured before, during and after the tango lessons.

“We saw that it significantly reduced their fall risk,” Peter said. “So their scores actually increased after just a single month, three times a week.”

Rebecca Bannister is one of the many participants now standing on those groundbreaking results.

“I couldn’t even walk beside my husband without bumping in to him because I tended to weave,” Bannister said.

The lifelong dancer had her life altered after a 2015 accident. Even though she’s been a trained dancer her whole life, she describes learning the individual movements of the tango was like starting from scratch.

That work paid off, as she says those lessons restored her confidence.

“It helped me so much. It helped my husband to understand about my balance issues,” Bannister said. “I’ve learned how to pay attention and concentrate, and use my body because of going through this.”

Crock, an avid Argentine Tango dancer himself, describes it as a unique dance that challenges both mind and body, which he believes plays in to its effectiveness as a Parkinson’s treatment.

“It actively engages your mind and focuses on each and every individual part of the muscle as you walk,” Crock said.

That challenge was seen in many of the participants, which is why Peter said the results were that much more rewarding.

“Having a result to back that fight up is incredible,” Peter said. “It’s the best feeling.”

The researchers say more studies are needed, but they’re hopeful this dance could become a standard treatment for Parkinson’s.

“Physical therapy, Argentine Tango inspired way for people to stay the best that they can with diseases that they have,” Peter said.

Dr. Maitland says they’re encouraged by the results, not only for its benefits to those with balance disorders, but for anyone.

The importance of the socialization aspect of the program, he added, can’t be ignored.

“I think it could be a homerun,” Maitland said. “I can only tell with Shani that this is going to be the dance of the state of Florida, because it really does have an impact, not only for Parkinson’s but for anyone.”

The researchers are already looking forward to doing an additional, with more participants over a longer period of time.

Right now they’re waiting on more funding and more institutions, like area hospitals or Parkinson’s Disease researchers, to partner with.

This story was reposted from WCTV.TV and was written by Emma Wheeler. You can find the original story at this link.