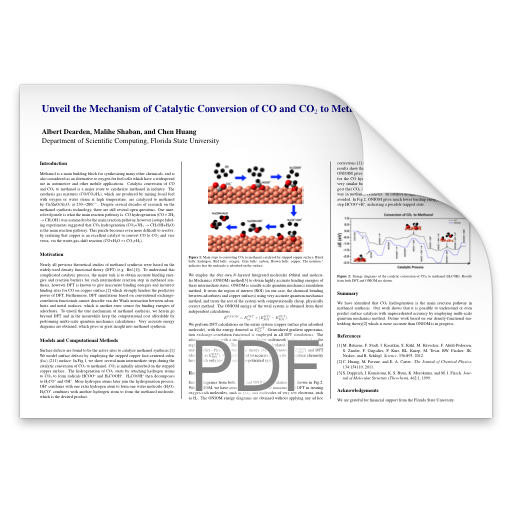 Methanol is a main building block for synthesizing many other chemicals, and is also considered as an alternative to oxygen for fuel cells which have a widespread use in automotive and other mobile applications. Catalytic conversion of CO and CO2 to methanol is a major route to synthesize methanol in industry. The synthesis gas mixtures (CO/CO2/H2), which are produced by mixing fossil fuel with oxygen or water steam at high temperature, are catalyzed to methanol by Cu/ZnO/Al2O3 at 230∼280C◦. Despite several decades of research on the methanol synthesis technology, there are still several open questions. One unre- solved puzzle is what the main reaction pathway is. CO hydrogenation (CO + 2H2 → CH3OH ) was assumed to be the main reaction pathway, however isotope label- ing experiments suggested that CO2 hydrogenation (CO2+3H2 → CH3OH+H2O) is the main reaction pathway. This puzzle becomes even more difficult to resolve, by realizing that copper is an excellent catalyst to convert CO to CO2 and vice versa, via the water-gas-shift reaction (CO+H2O ↔ CO2+H2).