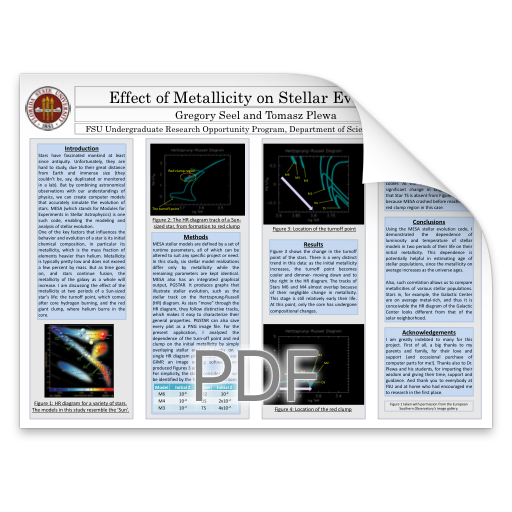 Effect of Metallicity on Stellar Evolution

Stars have fascinated mankind at least since antiquity. Unfortunately, they are hard to study, due to their great distance from Earth and immense size (they couldn’t be, say, duplicated or monitored in a lab). But by combining astronomical observations with our understandings of physics, we can create computer models that accurately simulate the evolution of stars. MESA (which stands for Modules for Experiments in Stellar Astrophysics) is one such code, enabling the modeling and analysis of stellar evolution.

One of the key factors that influences the behavior and evolution of a star is its initial chemical composition, in particular its metallicity, which is the mass fraction of elements heavier than helium. Metallicity is typically pretty low and does not exceed a few percent by mass. But as time goes on, and stars continue fusion, the metallicity of the galaxy as a whole will increase. I am discussing the effect of the metallicity at two periods of a Sun-sized star’s life: the turnoff point, which comes after core hydrogen burning, and the red giant clump, where helium burns in the core.