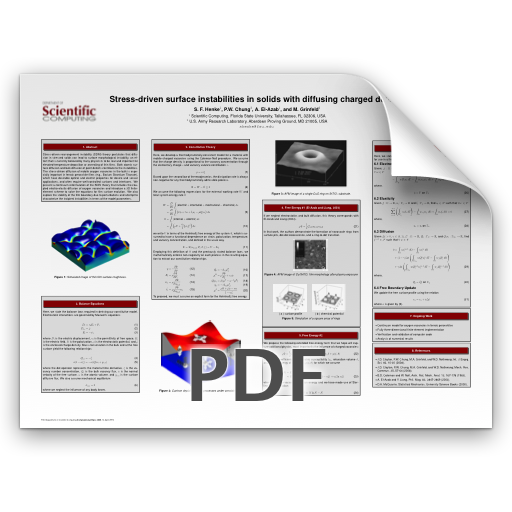 Stress-driven rearrangement instability (SDRI) theory postulates that diffusion in stressed solids can lead to surface morphological instability, an effect that is currently believed by many physicists to be real and important for elevated-temperature deposition or annealing of thin films. Both atomic surface diffusion and bulk diffusion of point defects contribute to the instabilities. The stress-driven diffusion of mobile oxygen vacancies in the bulk is espe- cially important in ferroic perovskite films (e.g., Barium Strontium Titanate), which have desirable optical and electric properties for device and sensor applications, and often require well-controlled surfaces and interfaces. We present a continuum reformulation of the SDRI theory that includes the coupled electro-elastic diffusion of oxygen vacancies and introduce a 3D finite-element scheme to solve the equations for film surface evolution. We also explore the stability of the film boundary due to perturbations and attempt to characterize the incipient instabilities in terms of the model parameters.