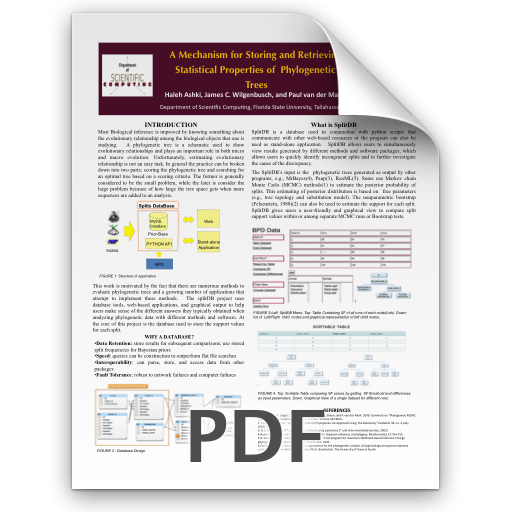 A Mechanism for Storing and Retrieving Statistical Properties of Phylogenetic Trees

Most Biological inference is improved by knowing something about the evolutionary relationship among the biological objects that one is studying. A phylogenetic tree is a schematic used to show evolutionary relationships and plays an important role in both micro and macro evolution. Unfortunately, estimating evolutionary relationship is not an easy task. In general the practice can be broken down into two parts; scoring the phylogenetic tree and searching for an optimal tree based on a scoring criteria. The former is generally considered to be the small problem, while the later is consider the large problem because of how large the tree space gets when more sequences are added to an analysis.