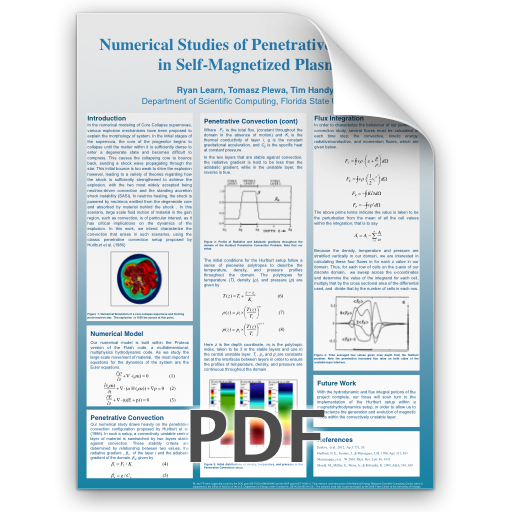 In the numerical modeling of Core Collapse supernovae, various explosion mechanisms have been proposed to explain the morphology of system. In the initial stages of the supernova, the core of the progenitor begins to collapse until the matter within it is sufficiently dense to enter a degenerate state and becomes difficult to compress. This causes the collapsing core to bounce back, sending a shock wave propagating through the star. This initial bounce is too weak to drive the explosion however, leading to a variety of theories regarding how the shock is sufficiently strengthened to achieve the explosion, with the two most widely accepted being neutrino-driven convection and the standing accretion shock instability (SASI). In neutrino heating, the shock is powered by neutrinos emitted from the degenerate core and absorbed by material behind the shock . In this scenario, large scale fluid motion of material in the gain region, such as convection, is of particular interest, as it has critical implications on the dynamics of the explosion. In this work, we intend characterize the convection that arises in such scenarios, using the classic penetrative convection setup proposed by Hurlburt et al. (1986)