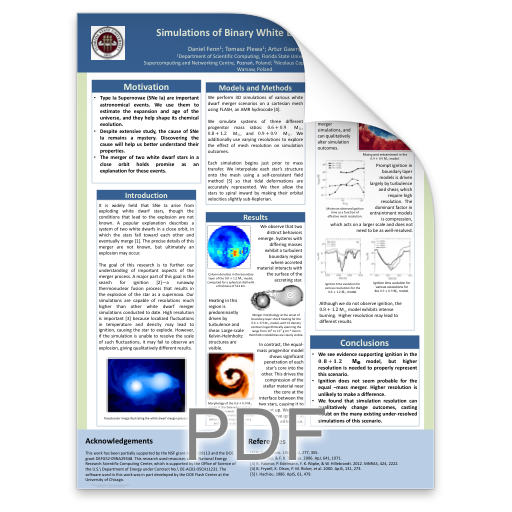 It is widely held that SNe Ia arise from exploding white dwarf stars, though the conditions that lead to the explosion are not known. A popular explanation describes a system of two white dwarfs in a close orbit, in which the stars fall toward each other and eventually merge [1]. The precise details of this merger are not known, but ultimately an explosion may occur.