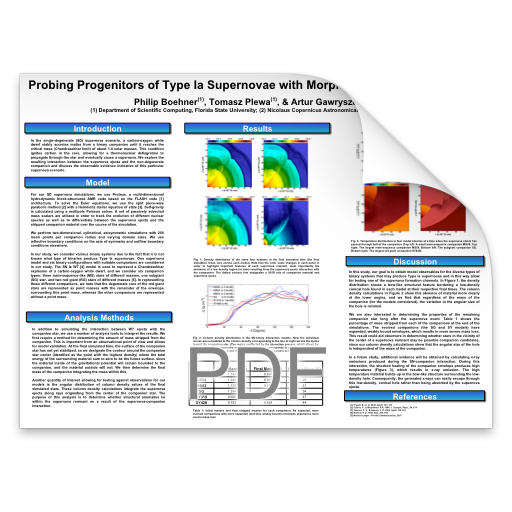 Probing Progenitors of Type Ia Supernovae with Morphology of Their Remnants

In the single-degenerate (SD) supernova scenario, a carbon-oxygen white dwarf stably accretes matter from a binary companion until it reaches the critical mass (Chandrasekhar limit) of about 1.4 solar masses. This condition ignites carbon in the core, allowing for a thermonuclear deflagration to propagate through the star and eventually cause a supernova. We explore the resulting interaction between the supernova ejecta and the non-degenerate companion and discuss the observable evidence indicative of this particular supernova scenario.