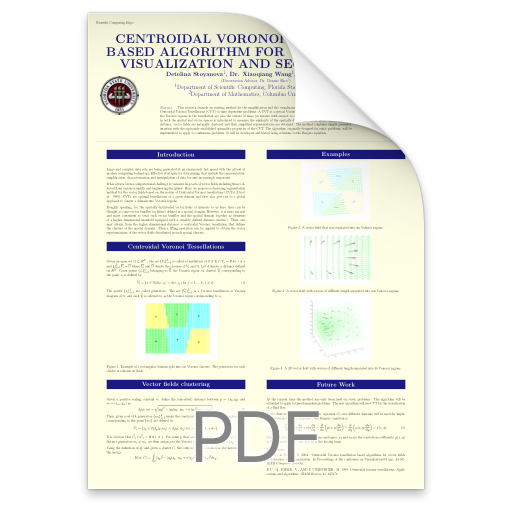 This research extends an existing method for the simplification and the visualization of vector fields based on the notion of Centroidal Voronoi Tessellations (CVT) to time dependent problems. A CVT is a special Voronoi tessellation for which the generators of the Voronoi regions in the tessellation are also the centers of mass (or means) with respect to a prescribed density. A distance function in both the spatial and vector spaces is introduced to measure the similarity of the spatially distributed vector fields. Based on such a distance, vector fields are naturally clustered and their simplified representations are obtained. The method combines simple geometric intuition with the rigorously established optimality properties of the CVT. The algorithm, originally designed for static problems, will be implemented to apply to continuous problems. It will be developed and tested using solutions to the Burgers equation.