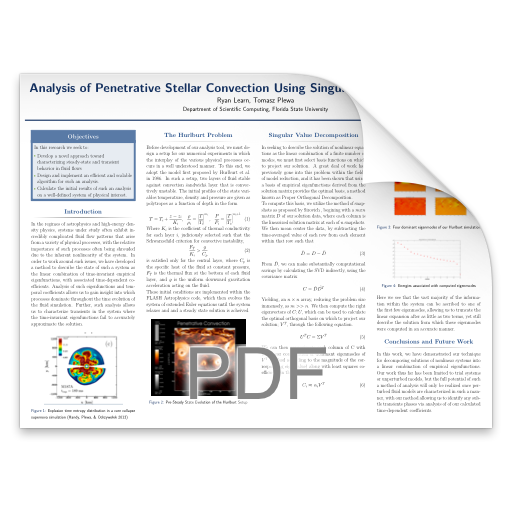 In the regimes of astrophysics and high-energy density physics, systems under study often exhibit incredibly complicated fluid flow patterns that arise from a variety of physical processes, with the relative importance of such processes often being shrouded due to the inherent nonlinearity of the system. In order to work around such issues, we have developed a method to describe the state of such a system as the linear combination of time-invariant empirical eigenfunctions, with associated time-dependent coefficients. Analysis of such eigenfunctions and temporal coefficients allows us to gain insight into which processes dominate throughout the time evolution of the fluid simulation. Further, such analysis allows us to characterize transients in the system where the time-invariant eigenfunctions fail to accurately approximate the solution.