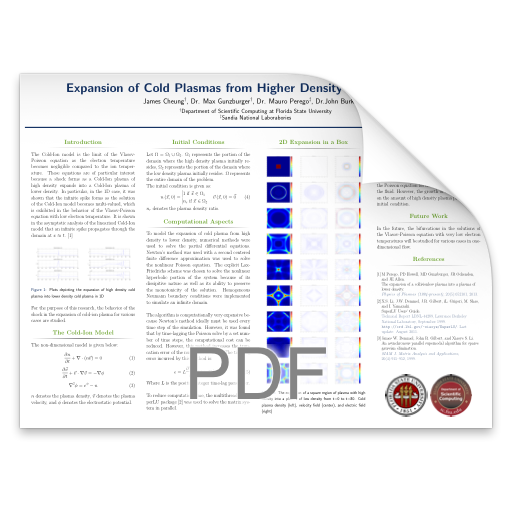 Expansion of Cold Plasmas from Higher Density to Lower Density

The Cold-Ion model is the limit of the Vlasov- Poisson equation as the electron temperature becomes negligible compared to the ion temperature. These equations are of particular interest because a shock forms as a Cold-Ion plasma of high density expands into a Cold-Ion plasma of lower density. In particular, in the 1D case, it was shown that the infinite spike forms as the solution of the Cold-Ion model becomes multi-valued, which is exhibited in the behavior of the Vlasov-Poisson equation with low electron temperature. It is shown in the asymptotic analysis of the linearized Cold-Ion model that an infinite spike propagates through the domain at x ≈ t. [1]