The Department of Scientific Computing announces its sponsorship of the HackFSU 6 event to be held Friday, October 18 through Sunday, October 20, 2019 at Dirac Science Library. 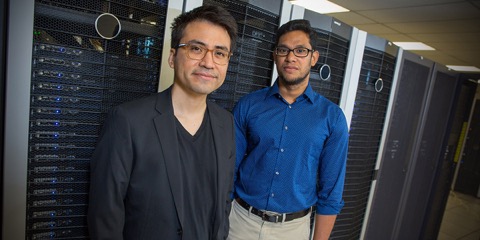 SC doctoral student Ashley Gannon attended the Women In Numerical Methods for PDEs and their Applications workshop at the Banff International Research Station for Mathematical Innovation and Discovery (BIRS), this summer. The workshop was a two-fold effort: first, the gathering celebrated the accomplishments of women in numerical PDEs. The event organizers, Nilima Nigam (Simon Fraser University), Marsha Berger (Courant Institute, NYU), Mary-Catherine Kropinski (Simon Fraser University) and Anna-Karin Tornberg (KTH Royal Institute of Technology), used the event to feature a portion of the many notable achievements of women in the field. Second, the workshop served as an opportunity to encourage the participation of young female researchers in the field, and as a professional networking opportunity for women.